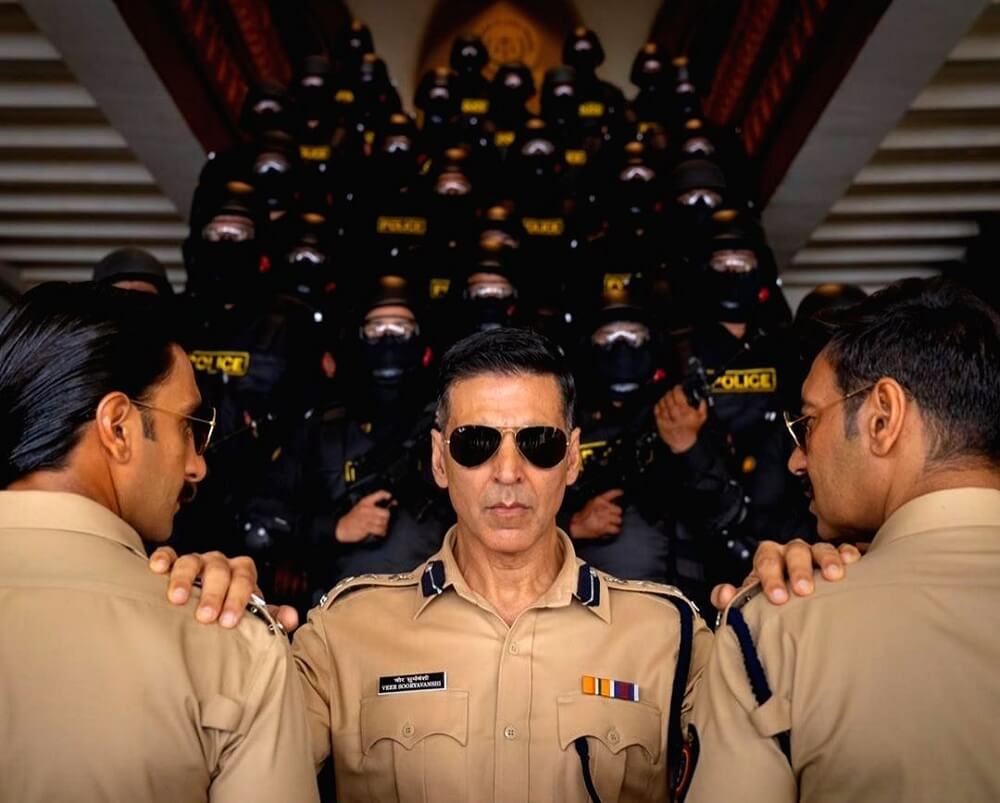 Akshay Kumar, the most inspiring Bollywood Actor who has always inspired all the other co-actors is now again ready to hit the Box Office. Posters of his upcoming movies have given some strong reasons for his fans to be impatient. Akshay Kumar is coming with completely unique stories as what we can guess from these posters. These back to back releases of posters once again showed how dedicated this star is about his work.

Akshay Kumar at the age of 52 still has all the energy to compete with the actors who are half of his age. In the upcoming months, he will be seen in some extravagant projects from different genres of drama and action. Instead of doing a single movie in a year we can see a tight schedule of back to back movies starring Akshay Kumar. You can check out this list of movies in which he will be seen in some tremendously absorbing roles.

If you are missing Akshay Kumar’s action-packed movies then the waiting is going to end soon with this Rohit Shetty’s movie. Katrina Kaif will be the leading actress in the movie. This is the fourth film of star cop centric movie directed by Rohit Shetty.

Bachhan Pandey is a remake of a 2014 release Tamil film Veeram and now it will be releasing on January 22, 2021. Looking at the past records Akshay Kumar got great success with this sort of movie. Evidently, we can expect a lot from this picture.

Expecting release on 5th Jun 2020, this is not new that Akshay Kumar surprises his fans with some ultra-unique roles and wins their heart with his great acting skills. The genre of this movie is comedy-horror which has a great chance to be interesting like the Southern movie remake ‘Bhul Bhulaiya’. Written and directed by Raghava Lawrence, this movie is also a remake of a South Film Muni 2, starring Akshay Kumar and Kiara Advani.

A movie that is inspired by true events this movie is going to release 22nd January 2021. Unlike his remake movies, this movie is promising some true events happened in the late ’80s. As the posters portray Akshay Kumar in a stylish retro look in a suit paired with bell-bottom pants justifies a lot about the plot of the movie.

After the success of historical biopics of heroic kings such as Baajirao Mastani, Tanhaji, Padmavat, Panipat, etc, this is the one more edition to such genre made under the banner of Yashraj Films. Starring Manushi Chillar the very first time, Akshay Kumar will be playing the role of fearless king Prithviraj in this period drama on the occasion of Diwali dated 13th November 2020.

Do write to us if you like such updates about your favourite stars, also if you are also waiting for these movies to release soon just like us. Please share your views about the blog and share it with your friends as well.