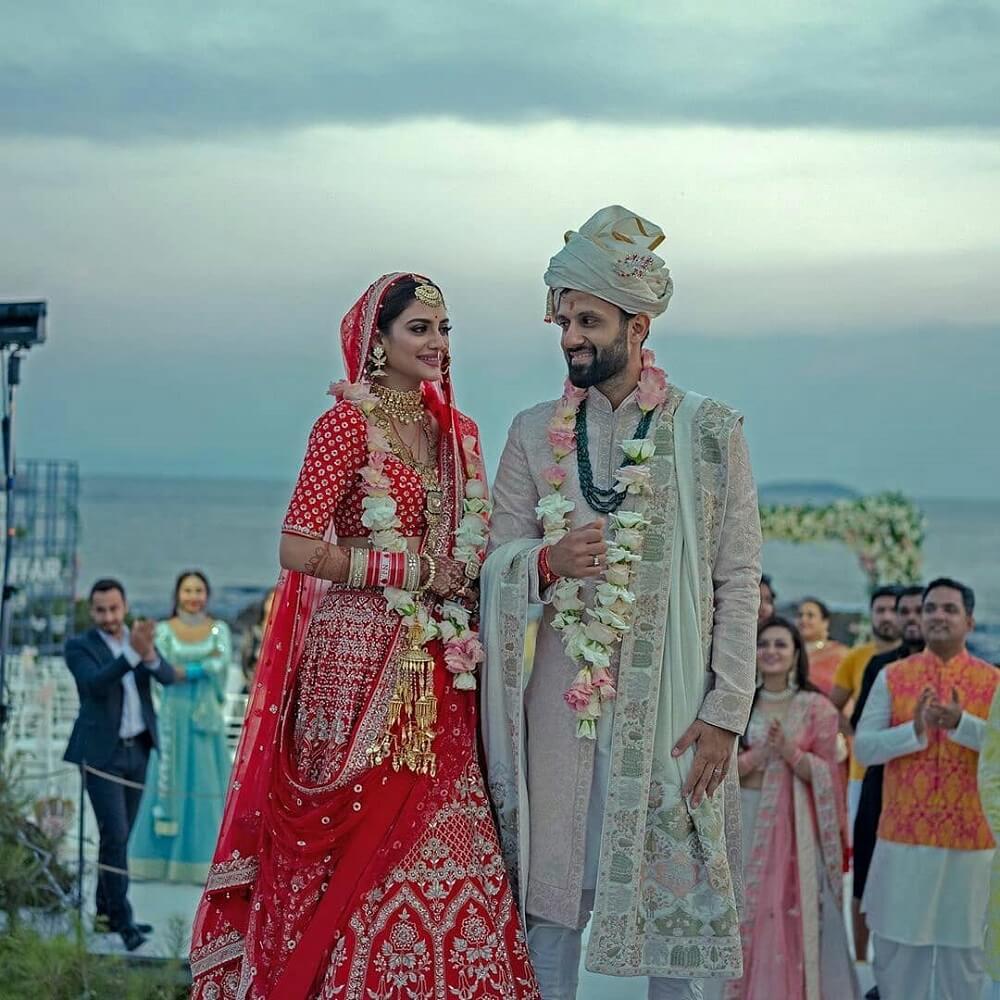 Matches are made in heaven and it is on earth that they are united in the bond of togetherness. Marriage is a blissful occasion that celebrates the union of two souls and two families in the bond of togetherness. 2018 had been known as the year of Bollywood marriages wherein top-notch power couples like Deepika Padukone and Ranveer Singh, Priyanka Chopra and Nick Jonas, Virat Kohli and Anushka Sharma tied the knot. Last year cinephiles and paparazzi witnessed some of the best larger than life marriages.

Amidst the fanfare of the power couple’s weddings, Newlove also blossomed between eligible bachelors of the entertainment industry. 2019 began with speculations of marriages of some power couples like Ranbir Kapoor and Alia Bhatt, Varun Dhawan and Natasha Dalal, Arjun Kapoor and Malaika Arora. With the year coming to an end seems like the fans have to wait a bit longer for the marriage of their favorite couples. Apart from all the speculation, the entertainment industry witnessed marriages of several celebs this year as well. These celebs got married in private ceremonies graced by the presence of their near and dear ones. So fans to delight you with news of most talked about celebrity weddings we have enlisted a list of the celebs who got hitched this year. Scroll down to find out which of the celebrities from the glamour world tied the knot in 2019.

Since the onset of 2019 news of Actor Nawab Shah and Actress Pooja Batra’s dating have been doing rounds in the media. The two had been spotted spending quality time together. Putting the rumors to an end the duo tied the knot in an intimate ceremony in New Delhi. Their wedding was graced by the presence of close family members and friends. Actress Pooja Batra was earlier married to Sonu Ahluwalia and post their break up she found comfort in the arms of Nawab Shah. The two tied the knot in July this year.

Model turned actress Aarti Chabria who gained fame from Bollywood movie Awara Paagal Deewana tied the knot with Mauritius based chartered accountant Visharad Beedassy. The Khatron Ke Khiladi season 4 winner actress Aarti Chabria tied the knot with her beau in a private ceremony attended by her close family and friends. Their couple’s marriage though was an arranged match but the two have been in love with each other. According to sources for Aarti Visharad is her Mr. Right all that she could dream about.

Ishq Wala love song fame playback singer Neeti Mohan tied the knot with Manikarnika fame model turned actor Nihaar Pandya. The duo got hitched in February this year in Hyderabad. Thought the wedding was held on a small scale the duo planned a gala reception for their family and friends from the industry.Neeti Mohan is a trio sister of Indian dancer and actors Shakti Mohan and Mukti Mohan. The two had met through a mutual friend and found an instant connection. With the passage of time love blossomed between the two and with approval of their families the two exchanged the rings.

Porus actor Rohit Purohit tied the knot with Best of Luck Nikki fame actress Sheena Bajaj in January this year. The duo tied the knot in Jaipur in an intimate two-day long wedding ceremony which was graced by the presence of their close family and friends. After four years of dating the duo finally tied the knot this year.

Renowned actor Prateik Babbar who is the son of actor Raj Babbar and legendary actress Smita Patil tied the knot with his long term GF and producer Sanya Sagar. The duo tied the knot in Lucknow in January this year. The couple had a courtship for a long year and it was last year in December that the Mulk famed actor Prateik Babbar proposed to Sanya Sagar. Their wedding was attended by family members and their friends. The couple got hitched in Marathi styled wedding where Sanya draped an orange saree and Prateek wore a cream-colored sherwani.

Mere Angne Mein fame actress Charu Asopa tied the knot with Sushmita Sen’s brother Rajeev Sen. The couple’s wedding was no less than a dreamy affair. The wedding encompassed Christian theme engagement, colorful Mehendi ceremony, and traditional Bengali wedding. The lovebirds had a grand wedding which was attended by their friends from the TV industry. For the wedding, Charu draped a red saree and Rajeev opted for a white kurta. The duo hosted their wedding bash in Goa in June this year.

Siya Ke Ram famed actress Snigdha Akolkar recently tied the knot with businessman Sreeram Ramanathan. The wedding took place in a private affair in August in Pune. The wedding witnessed the presence of close pals and family members. The couple got hitched according to Tamil rituals. For the wedding, the actress wore a red Kanjeevaram saree, temple jewelry, and a gajra.

Indian film actress Sayyeshaa tied the knot with Tamil actor Jamshad Cethirakath better known by the stage name of Arya in March this year. Sayyeshaa Saigal is the actor of actors Sumeet Saigal and Shaan Banu. She is also the grandniece of the veteran actors Saira Banu and Dilip Kumar. The duo met on the on Arya’s film Ghajinikanth last year. After a short span of dating the two got engaged in February and ultimately tied the knot in March. The two lovebirds got hitched in Hyderabad and they hosted a grand wedding dinner which witnessed the attendance of several South Indian actors like Karthi and Suriya. The duo had their wedding in the presence of their family and close friends.

Renowned Bengali actress Nusrat Jahan recently tied the knot with businessman Nikhil Jain in Turkey in June this year. The actor turned politician Nusrat Jahan and Nikhil had an intimate wedding in the presence of their close relatives. The two newlyweds even hosted a gala reception for their friends and family from the industry. Their reception was even graced by the presence of chief minister Mamta Banerjee.

Alia Bhatt’s cousin sister Sakshi Bhatt tied the knot with fiancée Mazahir. Sakshi Bhatt and Mazahir had been dating since long. The two lovebirds had got engaged last year and it was this year that the two got hitched. The couple had a fairytale wedding in the presence of their close family and friends. Actress Alia Bhatt also attended the wedding of her cousin. It is to note that Sakshi Bhatt is the daughter of director and producer Mukesh Bhatt. The duo had met through a common friend and gradually love blossomed between the two and they got hitched.

So these are a few Indian celebrities who surprised their fans with their marriage. Who is your favorite married celebrity pair? Share with us your views on these celebrity marriages in the comments below. 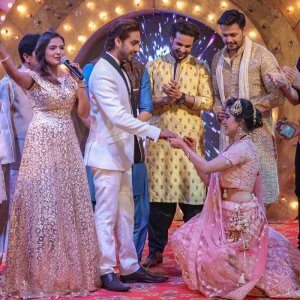