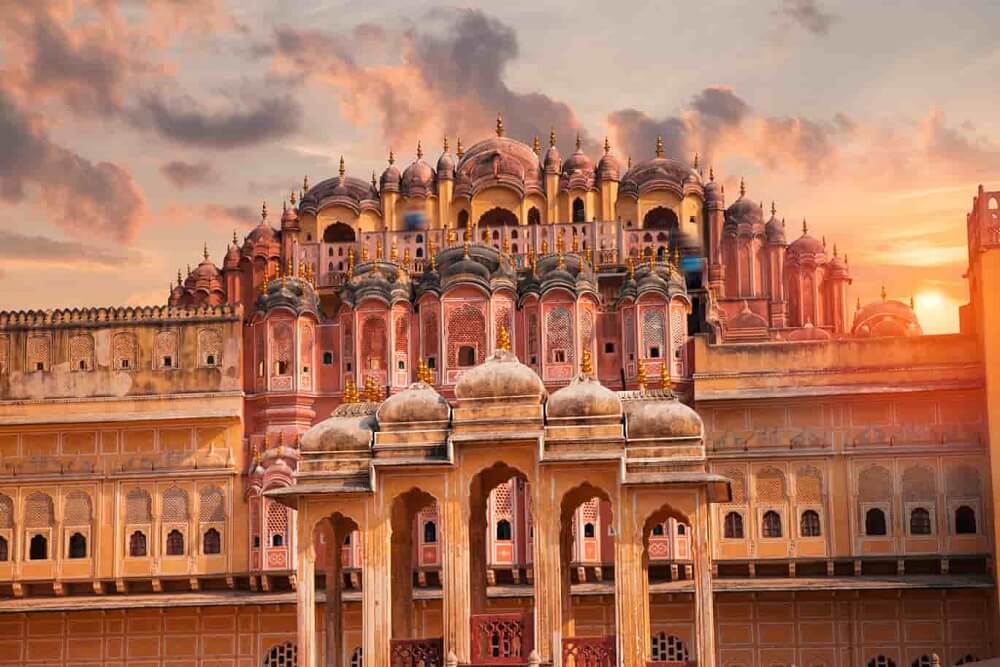 The walled city of Jaipur originated by Sawai Jai Singh 2nd, in Rajasthan which is the north-western state in India. The speciality of world heritage city Jaipur lies in its hilly terrain that was built as per the grid plan by Vedic architecture. Its centre has an array of shops that works as a major business point of the city. These continuous markets intersect in between and create a widely scattered area that is known as Chaupars. All the markets, shops, residential areas and multiple temples are built with the main streets like these Chaupars. It creates an amazing uniformity that binds the architecture of the whole city in asymmetry. Its architecture is quite influenced by the fusion of ancient Hindu architecture and late modern Mughal and Western Cultures. If observed properly the influence of these styles could be easily evidenced. Jaipur was designed in a way that it can run all its continuous business errands as the commercial capital of the country. By the vision world heritage city, Jaipur was made it is still maintaining the same artisanal and traditional glimpse of the city.

Jaipur, a city surrounded by Pink buildings also known as Pink City has a lot to serve the people who visit the place. Not just its wonderful architecture is the reason but its ambience and aura attract a steady drove of tourists around the globe. Mostly popular for its historical values this city has a lot to say and deliver as a host to its guests and now has made its position in the list of UNESCO’s World Heritage City. This announcement was a beautiful surprise shared by PM Narendra Modi with his tweet but it’s not that surprising as we all know how extensively Jaipur deserved this position of world heritage city by UNESCO in India.

UNESCO’s World Heritage Cities in India are usually the landmarks or areas that are of the utmost cultural importance. The cities that fulfil certain criteria set by UNESCO become a member of the “Organisation of World Heritage Cities” (OWHC). Every two years the General Assembly(Paramount Authority of OWHC) gathers together to decide the fate of the cities which want to get listed in the UNESCO’s World Heritage Sites. Basically, the status of a city as a world heritage city is determined based on two factors. Firstly, the city contending should be a location of the living urban fabric of historic or contemporary interest, and Secondly, the city must adhere to the values of the OWHC.

Jaipur, world heritage city by UNESCO in India was first nominated for this honour and it was already a great new for us an Indian and for the people who live in the city of Jaipur. It was also inspected by ICOMOS( The International Council on Monuments and Sites) last year and got successfully met the standards to be on the list. Its cleanliness and colourfulness made it able to make the mark on that list. Jaipur is the largest city in the state of Rajasthan and is a more popular Golden Triangle Circuit in North India. One more connection of the city with this list of UNESCO is the two prominent sites that are- Amber Fort & Jantar Mantar.

What does this mean for Jaipur to be the world heritage city in India by UNESCO?

The Pink City Jaipur, the world heritage city by UNESCO in India, needs no introduction or endorsement, but UNESCO’s decision of including it in the list of UNESCO’s World Heritage Cities will surely attract a lot more tourists, boosting the local economy. The inclusion will also attract the funds to the city for the development, reconstruction, and maintenance of various heritage sites, cultural projects and conservation initiatives.

We believe that this move by UNESCO will bring in a definite boost for the excellent craftsmen and handicraft merchants of Jaipur and will help in keeping alive the century-old traditions and customs.

What do you think about the inclusion of Jaipur as one of the World Heritage Cities in India? Do tell us in the comments section down below.