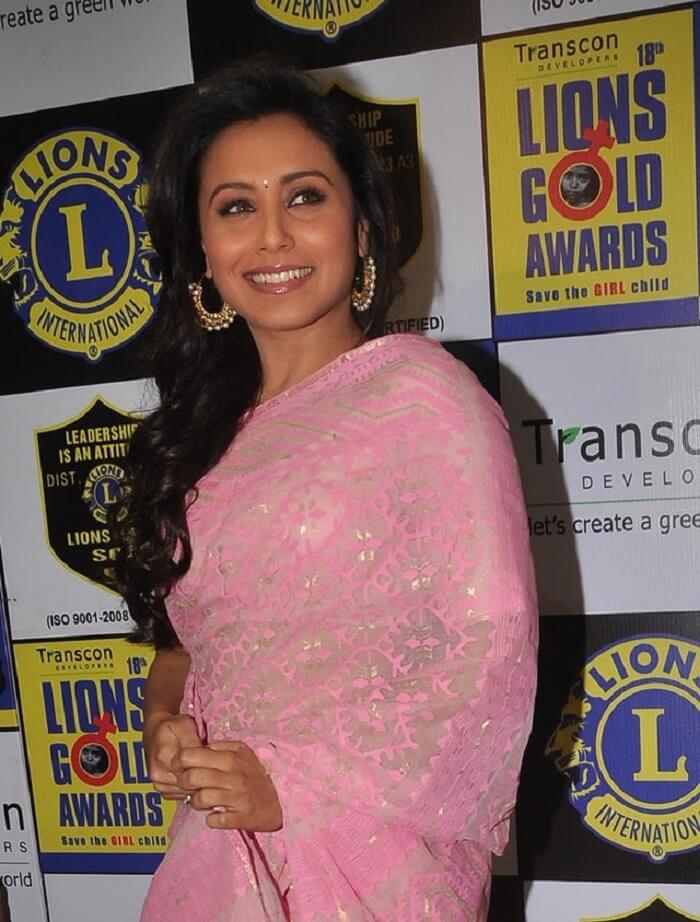 Rani Mukerji who worked in several Bollywood movies has indeed had gifted facial features including accentuated eyes and beautiful lips. She always found the right ways to make them look the best.  Talking about her career that kick-started from the movie ‘Raja Ki Aaegi Baraat’ in 1997 she showed her potential and gave the debut of her career with such critically-acclaimed acting skills. Right from there she proved that she was mending to stay in the industry.

Rani Mukerji then never looked back and her fans accepted her whole-heartedly with all sorts of roles she chose for her. After the debut, she again achieved success in her next two movies as well ‘Kuch Kuch Hota Hai and Ghulam. It took not a long period for her to become the first choice of Yash Raj Films heroine and she got numerous amazing projects like Saathiya, Hum Tum, Veer Zara, Bunty Babli and Laaga Chunari Me Daag in her account. Later on, she did a comeback after a short break for her marriage with Aditya Chopra. In this timeout, she created a sweet family for her and welcomed a cute daughter Adira as well. Her fans still waited for her comeback and that evidenced by the response that she got from her comeback movie Mardaani.

Through such an interesting and promising career, Rani Mukerji proved herself as not only a star but certainly as a skilled actress of Bollywood. In the whole journey, she got extra attention because of her features that she pulled off well by accentuating them a signature style. Her smokey eye look and glittery shadows earned a great response from her fan following that people were just wanted to follow that signature style of hers. Glittery eyeshadows were too something that people were drooled over.

Till 2014 Rani Mukerji played with colors so vibrantly and made it look so effortless on her that all that experimentation worked so well on her. But what was more surprising was yet to come. By the beginning of 2015, she lifted her makeup game and did some visible changes in her makeup looks. She opted for highlighted cheeks and pink lips with bold stylish hairdo. She again made some newer changes by her release Hitchki in 2017 in which she flaunted kohl-rimmed eyes. We saw her once again upping her game when she attended Sonam Kapoor’s wedding Reception with 2010’s inspiring looks that included burgundy color for lips and lightly kohl water line. While promoting her movies Mardaani 2 and Bunty Aur Bubli 2 she was spotted in more matte and nude colors with smokey eyes with stylish messy waves.